A couple of weeks ago, my mother’s first words of the day were, “Where’s Millie?” and I froze. Millie is my mother’s younger sister who died about 42 years ago. She didn’t remember that Millie had died of a brain tumor. I think she realized that forgetting this particular piece of information was a bit unusual for her, as she was rather quiet when I told her. For the next 20 minutes or so, until I left for work, I heard her quietly say several times that she couldn’t believe that she didn’t remember.

Memory is a strange thing, particularly for an older person. My mother has very specific memories from her childhood. Who lived next door to whom, a specific instance with a ring from the boy down the street and rollerskating to school are all alive and well in the recesses of her memory. Some of these stories she told me years ago, so I tend to believe them. Some other memories have changed a little – usually it’s apparent that the memory is real but the accompanying dialogue is a little dicey … similar in tone but slightly different very time I hear it. For example, she had three sons and wanted a daughter when she was pregnant with me – and she made this known to both my father and her doctor. However, sometimes she said X to the doctor and sometimes to Dad, and sometimes in the story, she didn’t say X at all and replaced it with Y and Z. I’ve heard the story enough to know that the gist of it is true even if the specifics are a little vague. It’s not a big deal either way, but is a red flag that other things may not be as they seem.

Another development is the dramatic shifting of some stories and the occasional additions to the repertoire. Sometimes it’s a matter of realizing that she is confusing two memories – she did this regarding two people who died and their causes of their deaths. What had happened was obvious once she mentioned the other person’s name. However, sometimes she relates “memories” that I have not heard before – these make me wonder. With all of the edits to her personal history that I know about, maybe these new stories are not true … maybe they did not really happen at all.

For the most part, what is really true and what is imagined or reoriented to fit a new reality is inconsequential. Does it matter what Mom said to Dad vs. to the doctor? No. Does it matter what disease someone had? No, unless we are writing to their family. Does it matter whether story X really happened? Maybe not, as long as no one else is hurt or drawn into something. The only times I correct my mother’s stories are when she is telling them to the doctor – at that point, errors could make a difference and it is important to be as accurate as possible. 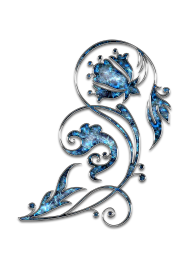 The reason “Where’s Millie?” caught our attention is that this was different. It was not about remembering someone’s name or something the doctor said 50+ years ago. She did not remember that her sister had died 42 years ago … it wasn’t a detail. Also, she didn’t immediately realize her lapse with an “oh, that’s right”, which is what she usually does when I remind her of things. When an older person is losing their memory, every “new” element is cause for concern … is it getting worse … what will be next … can she be by herself during the day? In this case, it was apparent that while I was asking myself these questions, she was asking them of herself. Neither of us had an answer.

Daily Discussions of craft and the writing life