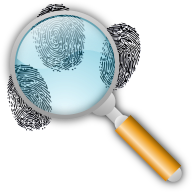 Father Brown and Agatha Christie’s Poirot are two of our favorite shows. It’s not surprising, as both showcase smart and amusing fellows who just happen to find a lot of dead bodies. At first, Mom was skeptical – she was not a mystery buff, after all.

The time periods of these shows, the 1950s for Father Brown and primarily the 1920s through the 1940s for Poirot (with some extension on either end), draw her in. She remembers these time periods! Often while watching, she will share a tidbit from her own life that she recalled or remember a song that is playing on the show … and that’s worth a (fictional) murder or two. She also enjoys the delightful casts of these shows that help our hero carry the day. Finally, we both really enjoys shows that mix a little drama with a little humor, as we have enough seriousness in our lives to meet our quota.

With Father Brown, which we watched – both for the first time – last year, there was somewhat of a more immediate acceptance. Though this was a bit of a gamble, as Mom has been a devout Catholic all her life so whenever a show features a priest it needs to hit just the right chord. Fortunately, this one does. Father Brown is serious when he needs to be and fun when he can be. Mrs. McCarthy, the parish secretary, is a terrific character and the cast is just fun, even when they are annoyed with each other. The other characters also provide a somewhat believable and entertaining take on things.

We are currently rewatching Poirot, so are on the lighter episodes with Miss Lemon, Captain Hastings and Inspector Japp. David Suchet as Poirot is amazing. Mom loves Poirot’s moustache. In her first watch, she thought it was rather silly and scoffed at his eccentric ways, but she seems to have lightened up a bit and can enjoy the performance more now. We chat about Poirot’s apartment, the clothes and the cars …. We first watched the show a few months after she moved down. The difference in her enjoyment of it is really interesting.

Several things factor into her increased pleasure in these programs. I think she has gotten used to the closed captioning running on the screen – she felt self-conscious at first – and it makes it easier for her to follow the story. Her hearing loss and need for hearing aids were sources of embarrassment for many years. I told her that I always use close captioning with British shows … which is the truth! She also has gotten used to the British (and Poirot’s Belgian) accents.

But more than these pragmatic things, I think this change in attitude comes from being more relaxed here and feeling like she doesn’t need to be defensive or overly critical. I think when she was on her own, she was concerned that people were watching her for signs of decline and judging or even disapproving of her decisions and actions. To some extent, that may have been true because she was having a harder time functioning on her own and often lost track of things. Although she expressed joy at spending time with friends, I felt that there was a growing sense of negativity around her before she came down here.

Because of these past experiences, I try to make sure that I don’t frame things in a “right vs. wrong” way. We discuss challenges so that she feels less like an old lady being told what to do and more like an adult who is being consulted. Maybe now that she feels less “judged” she doesn’t need to judge others … even characters on TV!  And she can chill out and lighten up and laugh at the silly or ridiculous … and clap when the bad guy is caught.

(Somewhat) Daily News from the World of Literary Nonfiction